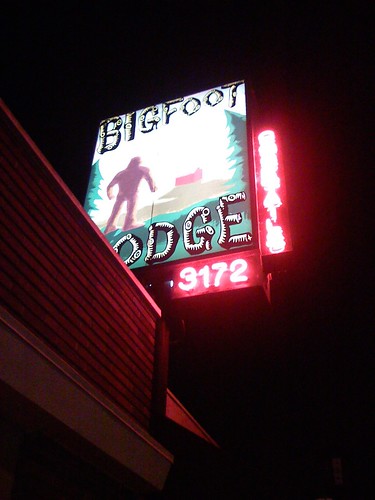 You make think Bigfoots are only a Northwoods beast, but Los Angeles has 3 distinct breeds of city ape. The first is your standard bigfoot, 6-11 ft tall shaggy gigantopithecus. The first sighting came in 1973 when a full sized Macho Sasquatcho chased down a pick up truck out in San Fernando Valley. The beast got close enough to the vehicle that they could smell its breath, which they later told reporters was "stinky." In 1974 a bigfoot was actually seen in the city, between 45th st and 47th st on Quartz Hill.

Bigfoots little brother is most commonly sighted in Florida, but he's also been seen in Palos Verdes and Redondo Beach, moving in and out of the suburbs via the sewers and knocking over trash cans for food. Skunk ape stands about 4 to 5 feet tall and reeks. 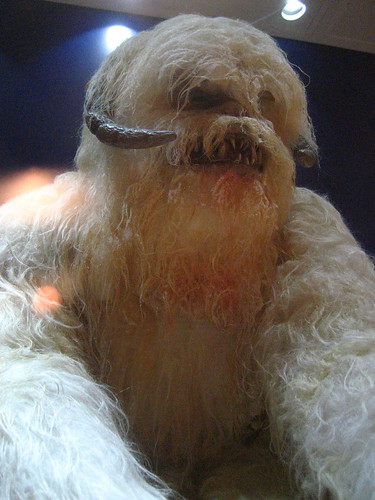 The third kind of LA bigfoot might not be an ape at all. Seen once in Santa Paula and once in nearby Ojai, the Billiwhack beast has an shaggy, grey-black ape-like body, but an extended muzzle and goat like horns. It may be related to the Krampus or Wampa. Known to raid farms for chicken, corn, and dairy products.

Beasts 7 through 1 after the cut, including a real live Sea Serpent
Subscribe