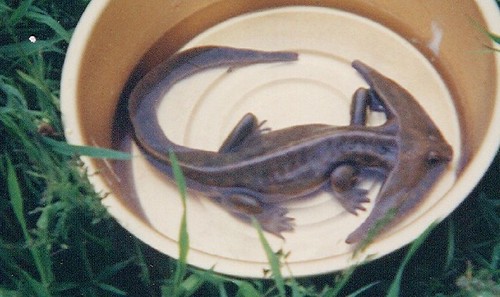 As part of the the Dapper Cadaver Blogs Monster Mondays, today I bring you the Hammerhead Salamander, a creature from 300 million years ago, modern Japan, outer space, Marsascala, or in Bahrija, depending on what you believe.

Fact, the Diplocaulus was not a salamander at all, as he pre-dates them by several million years, he's an early tetrapod, a fish-amphibian with 4 legs that were the first vertebrates to climb onto the muddy shores of the primordial seas. His distinctive hammer head is believed to be an adaptation for hydroplaning through the water, or to make him hard to swallow, but it's really not known. Diplocaulus were about 2 to 4 feet in length.

The photo above was taken in 2004. Making this little guy a real survivor, if he's real. Most people believe the photo is a hoax, although that itself is an amazing thing. Every weekend cryptologist wants to find or fake bigfoot or the Loch Ness monster, but the Diplocaulus? Sure its weird looking, but no ones ever heard of them. You've got to admire the geekiness as well as the artsmanship of the faker, if this is a fake.

The most common explanation is that it was made from a model kit or by a Japanese sculptor, although a search for the artist yelded nothing, I did find one commercially available Diplo model in Japan. 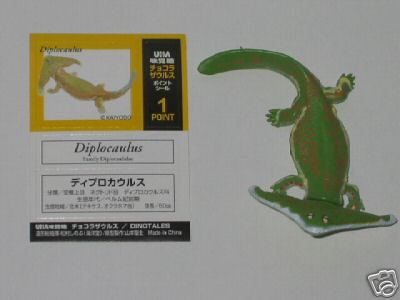 Clearly not the same. The origins of this photo remain a mystery, and Diplo's remain probably extinct.

Diplo's have also turned up in space, as monsters in Pitch Black 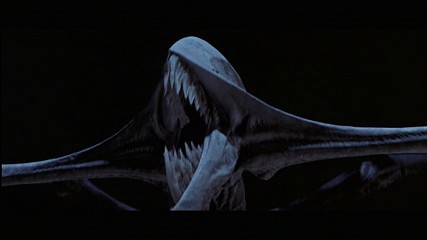 But more often they're chubby giant amphibians that are only menacing to small fish and have the weirdest head of any four legged animal ever. Their < a href=http://www.dappercadaver.com/advanced_search_result.php?keywords=skull&x=0&y=0>skull</a> is just a bone boomerang with cartoon eye holes